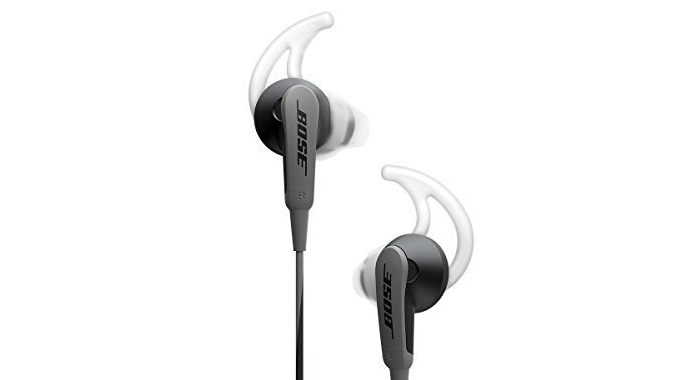 The portable option with excellent comfort for long coding sessions. $79 for a pair of earbuds — you must be kidding me! Well, no, I’m not, but hear me out for a second.

I’ve been through my fair share of crappy Apple and Samsung OEM buds, along with any number of ear-wrapping contraptions that you’ll find in the front aisle of Best Buy from the likes of Sony. And those will do in a pinch, but won’t provide anywhere near the sound quality — and, importantly, the comfort, of these sweetly and simply designed buds. They may be a solid 7x more expensive than the typical variety, but it’s an investment you pay once and benefit from forever.

These earbuds do a better job of noise cancellation than typical buds, and they also leak very little sound to your neighbors, even at high volume. But they won’t necessarily create that “complete silence” you might be looking for to achieve programmer flow. For those, we’ll need to switch to an over-ear option with active noise cancelling hardware. But for portability and simplicity — and if you’re not willing to spend over $80 for audio gear — then these are your best pick.

The best option for complete and utter productivity-enhancing silence. If earbuds aren’t your cup of tea and you’re looking for true serenity of a library-like silence, this pair of Audio Technica headphones is a solid option.

But here’s the thing: I actually owned this pair of Audio Technica headphones at the same time as a pair of QC15’s (which I once received as a gift from family), and I always preferred the Audio Technicas. Here’s why:

These three features make the AT’s unequivocally better in mind. I am no audiophile, so I didn’t notice any subtle differences in audio quality between the two pairs. But in terms of comfort and convenience, the AT’s win out. For a little audio oasis around your ears, give them a try. 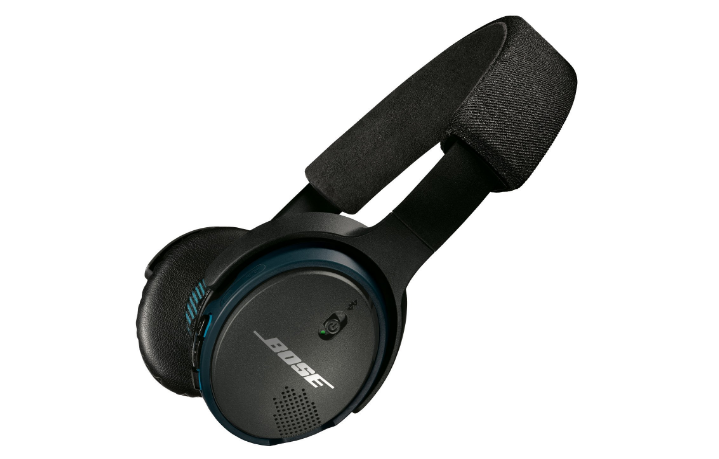 The flexible option for the programmer who hates wires. Whereas the over-ear AT’s are the best for flow and the in-ear Bose is the best for portability, these Bose SoundLink On-Ear Blutooth Wireless Headphones represent a pricey — and flexible — compromise.

There’s a lot to love about these wireless headphones, which I’ll rattle off quickly here:

Alright, so that’s the good. However, these headphones, mainly due to the complexity of Bluetooth audio itself, have some downsides you should be aware of, as well.

First problem: input selection. Even with Bose’s clever voice activation system, you’ll still find yourself fiddling with controls to cycle through input options, and then waiting 10s to ensure it actually “took” and that your headphones truly paired with your device. You’ll quickly become an expert of Android, iOS, Linux, Mac, etc. Bluetooth control panels due to how finicky this can sometimes be.

Second problem: A2DP vs HFP. I was completely oblivious to the technical details of Bluetooth audio before owning these headphones, and unfortunately, it’s a bit of a mess. Basically, Bluetooth audio has different modes of operating, known as audio profiles. Specifically there’s a trade-off between A2DP, which provides high-quality audio but no support for microphones, and HFP, which provides support for mics, but poorer audio quality.

What this means is that when you use your Bose Soundlink OE’s as a mic — e.g. for phone calls, Google Hangouts, etc. — your audio quality for listening, and even for recording your voice, is going to be a bit, well, cell-phone like. Very tinny. It’s definitely not “HD audio”. Good for a phone call, but unexpectedly low quality for an Internet video call. That’s a bit of a bummer.

The other weird thing is that if you try to use these headphones with desktop operating systems like Mac OS or Linux, you need to be quite aware of these audio profiles. For example, if you’re connected in A2DP mode, you simply won’t be able to use the mic. Meanwhile, if you’re HFP mode, your music will sound like crap. Ugh. This isn’t Bose’s fault, but it was surprising/frustrating to me nonetheless. There’s quite a lot to love about good old-fashioned aux ports.

Which leads me to my final criticism of this pair of headphones. I would have loved if the aux port could also carry the mic signal, so that they could be used as a “dumb” headphone/mic over a hard wire. But you just can’t do it: the aux port on the headphones is only usable for high-quality listening, not recording.

These few problems aside, I find myself using the Bose OE Soundlinks more often than my other two headphones. The convenience of wireless is truly nice — being able to walk the dog while listening to podcasts, listening to Pandora from an iPad that is halfway across the room. It just feels like the future. It’s also nice to control the phone and my audio playback without awkwardly plugging and unplugging things. It’s just so darn convenient. The audio quality on music listening and the comfort of the earpads is also reasonable. So, despite the trade-offs, I think this is the most flexible audio gear I own. So, if you hate wires, give them a try.

Conclusion, and a quick note on microphones

So, those are my three picks! I’m always in the market for new audio gear, feel free to leave comments below with other suggestions.

I’ll close with one last note about high-quality microphones. Since my company is a fully distributed engineering team and thus uses video conferencing very frequently, audio/video quality is very important to me for communication purposes from my laptop and desktop computers. Given that all three of my recommendations above do not include high-quality microphone options for Internet telephony, what’s my recommendation there?

I’ve ended up using two devices extensively, each one is a bit of a hack.

First up, Logitech makes a very awesome business-class webcam called the c920c, which uses the universal “UVC” video webcam standard, has support for 1080p video, and has built-in stereo microphones. How cool is that? The audio quality on the microphones from this webcam is truly superb, and makes it so that for casual calls, I don’t need to bother with a dedicated mic.

When I want to have what my colleagues describe as “radio-quality” audio or video calls, I whip out an old pair of Altec Lansing AHS-302s, which have a behind-the-neck design, are wired with separate aux/mic ports, and comes with a USB adapter that works everywhere. It even has a little on-wire volume and mic volume control. It’s pretty sad that this cheap-but-good option for Internet calls seems to be discontinued on the market; if anyone has a similar wired/USB mic that they really like, feel free to suggest it in the comments.

As a recap, here were my picks:

Note 1: I am not an audiophile. As you may have noticed, very little of this review focused on actual sound quality when listening to music. It’s very hard for me to notice the subtle differences in sound quality between, say, the Bose QC15 and the Audio Technica reviewed above. I know that audio is a very subjective experience, and that many audiophiles out there get very passionate about things like bass, treble, and all sorts of other things I know nothing about. So, I note that only to save you some trouble: don’t take to the comments section to lambast me for my unsophistication with regard to audio quality. I admit that unsophistication freely! This review is targeted to programmers who can’t really tell the difference between “very good” and “great” audio quality, and who instead want to choose their gear based on its ability to inspire a state of programmer flow.

Note 2: No one paid me to write these reviews, and I actually own all the reviewed equipment and have field-tested it all extensively. However, any links to Amazon.com that were placed in the content of this review do include an affiliate tracking code, on which Amazon pays a small comission in Amazon.com gift credit.

3 thoughts on “The 3 best headphone options for programmers”